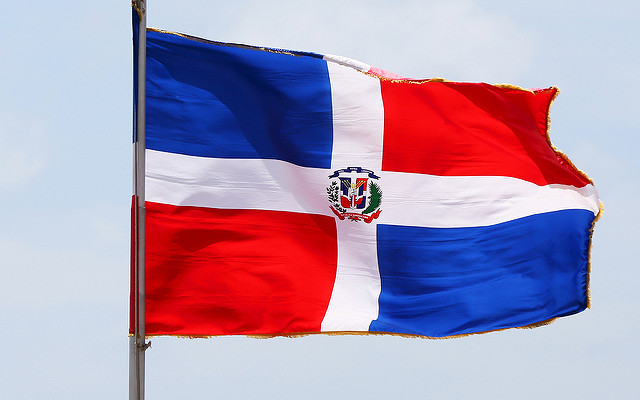 Surrounded by the Atlantic Ocean on the north and the Caribbean Sea on the south, our lush tropical island paradise boasts nearly 1,000 miles (1,609 km) of coastline, 250 miles (402 km) of the world’s top beaches, magnificent resorts and hotels, and a variety of sports, recreation and entertainment options. Here you can dance to the pulse pounding thrill of the merengue, renew in our luxurious and diverse accommodations, explore ancient relics of centuries past, delight in delicious Dominican gastronomy or enjoy ecotourism adventures in our magnificent national parks, mountain ranges, rivers, and beaches.

History Before the arrival of the Spaniard colonists led by Admiral Christopher Columbus, the island was inhabited by the Taino, an ethnic group that hunted, fished and harvested a variety of fruits.

From the time of the arrival of the Spaniards and the meeting with the Taino culture, on December 5, 1492, ‘La Hispaniola ‘, name given by Christopher Columbus to the island, became the first city of the Renaissance period, and became the site were all firsts of the Americas where built: Catedral Primada de América; the first monastery, the first hospital, amongst many other monuments.

During the colonization process, three ethnos coexisted: Taínos, Spaniards and Africans brought as slaves, and from whose mix not only a new race was born, but who also contributed to the birth of an array of different styles, cultures and traditions. For a long period of time, our island ached under the yoke of domination from the Spaniards, until February 27,1844 when a group of patriots, led by Juan Pablo Duarte proclaimed the Independence of the Dominican Republic, the only independence movement where no blood was shed.

Years later, the country was once again annexed to Spain, until August 16, 1863, when patriots, through the heroic movement of Restoration, returned sovereignty lost.

The Dominican Republic has been marked by diverse events, which have impacted its history, like the American military invasion (19161924), the dictatorship of Rafael Leonidas Trujillo (1930-1961), a civil war (April 24, 1965), and the second intervention of the United States (1965). It is also in 1965 when the Dominican Republic begins to walk through the pathways of democracy, ruled by laws, under a presidential system.

Culture The Dominican Republic enjoys an interesting cultural mix of Spaniard, Africans, and European influences, as that of our Aboriginals, both in their artistic expressions, through their folklore, in their gastronomy, and in their religious rituals.

Art After the independence of the Dominican Republic, plastic arts began developing and artistic movements like ‘indigenismo’, ‘criollismo’, and nuances of different visual art forms were created influenced by the art capitals of the world, such as realism, romanticism and neoclassicism. In the 1930’s the first art professors emerged, and were housed at the Escuela Nacional de Bellas Artes, which is still the forming center of renowned Dominican plastic artists who mixed abstract and figurative styles.

The Dominican Republic is one of the richest countries in terms of craft creations, with a very diverse national production, and whose core themes express the legacy of Taino culture, exalt patriotism, rural landscapes, and the religious beliefs of the inhabitants of the Dominican Republic, which are reflection of its diversity of cultures – a blend inherited from our aboriginal Indians, from the Spaniards and from the Africans.

Within typical art crafts, you will find objects made in clay, wood, amber, larimar (rare blue variety pectolite that is only found in the Dominican Republic), leather, horn, bone, coconut husk, mother of pearl, cold porcelain, sisal plant fiber, and other materials.

We invite you also to appreciate the beauty of Dominican pottery, the famous ‘muñecas sin rostro’ that reflect cultural mix of Dominicans, the impossibility to differentiate a specific ethnicity. In clay, you may also find earthenware, cooking pots, flower vase, and other decorative elements. You will find beautiful jewelry in amber and larimar. You may also find items manufactured of sisal plant fiber and of cana plant leaves, and a wide variety of basketry articles: hats, bags, purses, baskets, and others.

The music that represents the Dominican Republic is the merengue, upgraded from the typical merengue which origins may be traced to the 19th century. It was only at the half of the 20th century that merengue developed to a danceable rhythm with lyrics and liked by all. The most known merengue is ‘Compadre Pedro Juan’, the first composition that was popularized due to its contagious cadence and engaging lyrics.

In the Dominican Republic everything is danced and sang to the beat of the güira and the tambora – from political occurrences to personal stories. We invite you to live a Dominican musical experience through one or two of our best interpreters: Joseíto Mateo, Johnny Ventura, Wilfrido Vargas, Fernando Villalona, Los Hermanos Rosario, Eddy Herrera, Sergio Vargas, Milly Quezada, Miriam Cruz, amongst others….

The bachata, second most popular rhythm after the merengue, is one in which the guitar plays a stellar role and injects life to this already romantic music that our inhabitants love, and that has conquered an important international niche with the voice of interpreters named: Romeo Santos, Raulin Rodríguez, Anthony Santos, Joe Veras, Elvis Martínez, Frank Reyes, Luis Vargas, and many others…

In the Dominican Republic you will eat well in any place you go, be it an international dish or one of the many Dominican dishes that our chefs have upgraded and are within our «haute cuisine» or gourmet style dishes, like: pechugas de pollo rellenas de mangú de yuca en salsa de coco, up to the popular street ‘chimi’ – the Dominican version of the hamburger.

Our gastronomy mixes culinary traditions of Spaniards, Africans, Taínos, with a delicious flavor pattern on each dish, being ‘la bandera’ Other most eaten Dominican dishes are: the ‘sancocho’, the ‘mangú», ‘chivo guisado, the ‘asopao ‘, the ‘pasteles en hoja ‘, the beachfront popular ‘yaniqueques’, and many more. : for the sweet tooth, there is: the ‘hahichuelas con dulce’ – seasonal, only on Holy Week, the ‘chaca «, the ‘arepa’, the ‘majarete’ : non-alcoholic beverage: the ‘mabí’ – a fermented brew…, and alcoholic beverage: the ‘mamajuana’. It is important to know that every region and many provinces of the Dominican Republic have their iconic recipes, their special ingredients which is responsible for their particular flavor which distinguish their dishes. You are invited to visit and taste.

Envelop yourself within the crowd and magic of the Dominican Carnival, a colorful, creative, joyful celebration where Dominicans specialized artisans create costumes, masquerades, and people laugh and dance every Saturday and Sunday of the month of February. At the end of February, in Santo Domingo, there is a parade in its principal avenue nicknamed «El Malecón «, with an explosion of dancing troupes, adorned floats, as well as the presence of community and sectorial groups of the different provinces of the Domiinican Republic.

The most prominent central carnival characters are: «El Diablo Cajuelo», who has a colorful costume and cape, fully covered by small round mirrors, tinkling bells, ribbons, cow bells, and on his face a grotesque mask with large horns; the «Roba la Gallina», with an ample skirt – where he hides stolen hens; «Se Me Muere Rebeca», «Califé» , «La Muerte en Jeep», “Los Indios», «Los Africanos» , «Los Tiznaos», and «Ali Babá».

After the Carnival is over, there is still more fun to enjoy as some Provinces and Municipalities celebrate their Patron Saint with a Community Party, where local artists are presented, local crafts and cultural values are promoted.

The main quality of the Dominicans is their joy. No matter the circumstance, age or social-economic level, you will immediately notice the capability of mocking, or to make a joke of the most adverse of the situation it may be.

The Dominican Republic is a country of smiling, enthusiastic and joyful inhabitants that enjoy and grab hold of leisure time, be it young or third age, people that you definitely will find in the popular ‘colmadones ‘, where, outdoors and at total ease, you will see them having a «cerveza fría» – bought at an affordable price, listening to music and enjoying time with friends.

Sports Baseball («la pelota» as called by the Dominicans) is the pastime and the national sport of the Dominicans, a sport that awakes great passions and an overflowing enthusiasm in each season Baseball season starts in mid-October and ends in late January

The Dominican Republic has always been a country with a high level of religiousness, where prayers, playing of tall hand drums and dances honoring the different deities, are an important part of the folklore.

Despite the freedom of cults, the inhabitants of the Dominican Republic have always been faithful believers, mostly Catholics, religion with the highest number of followers, tailed by Protestants.

To know or to join Christian congregations, you may visit the numerous churches and temples found in city of Santo Domingo, or in any of the provinces and municipalities in the Dominican Republic. An emblematic church of the faith of the inhabitants of the Dominican Republic is the Basílica Nuestra Señora de La Altagracia or in short known as Basílica de Higüey, where inhabitants revere the Virgen de la Altagracia. 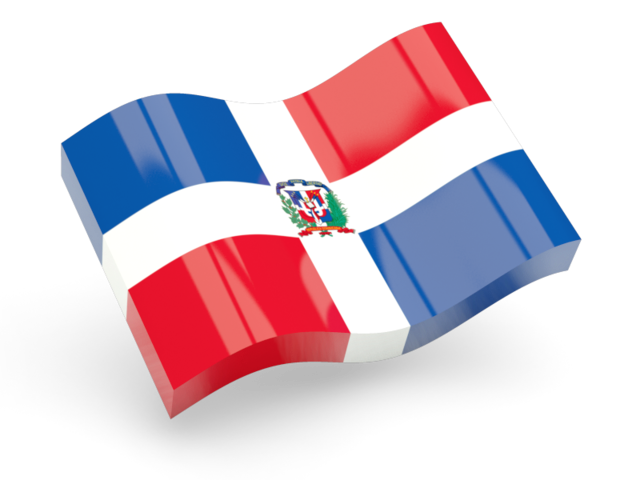